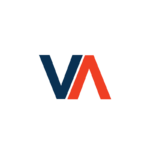 Trade signals of the indicator

Author's interpretation suggests to divide the signals of indicator DeMarker into 4 groups:

Proudly made by passionate traders and programmers.